Pakistan calls on the international community to play its role in addressing the Jammu & Kashmir dispute; ending Indian occupation and human rights abuses 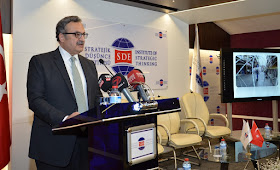 ANKARA, 5 September 2019: Speaking at a conference organized by the Institute of Strategic Thinking (SDE), Ankara on the topic, “Jammu & Kashmir dispute: Ongoing crisis and threats for regional peace and security,” the Ambassador of Pakistan to Turkey, M. Syrus Sajjad Qazi, called on the international community to fulfil its moral, ethical and legal responsibility by bringing an end to the on-going gross violations of human rights against the Kashmiris in India Occupied Jammu & Kashmir (IOJ&K). 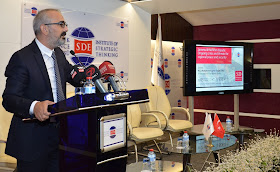 Ambassador Qazi said that according to international media reports and statements by independent human rights observers, the prevailing human rights and humanitarian situation in IOJ&K resembled a concentration camp.  He said that while the use of these inhuman tactics against Kashmiris in IOJ&K were well known and documented, they had, unfortunately, reached a new level of brutality since 5 August 2019 when the Indian government illegally rescinded the special status of Jammu & Kashmir by abrogating Article 370 of the Indian Constitution. 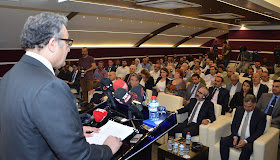 He said that the illegal Indian action of 5 August 2019 was in contravention of the relevant UN Security Council resolutions. Such provocative actions would never change the reality that Jammu & Kashmir has been and remains an internationally recognized disputed territory.  Nor would any degree of use of force against innocent Kashmiris deter them from demanding their inalienable right to self-determination.
He said that the Indian atrocities in IOJ&K were a manifestation of the rising tide of right-wing extremism, jingoism, populism and Islamophobia in India under the divisive ideology of Hindutva which manifested itself through increasing incidents of cow-vigilantism; lynching of Muslims; as well as religious discrimination against minorities. There could be no peace in the region and beyond as long as this hate-filled ideology reigned supreme, he stated.

Welcoming the convening of the UN Security Council meeting on 16 August 2019 to discuss the grave situation in the IOJ&K as well as its impact on the regional peace and security, Ambassador Qazi emphasized that the international community needed to step-in to prevent the region from sliding into another conflict. He also urged the international community to call on India to end forthwith the on-going lockdown and gross violations of human rights in IOJ&K.

Ambassador Syrus Qazi thanked the people and leadership of Turkey for supporting the just cause of the oppressed K kashmiris who demand their inalienable right to self-determination and who are living under Indian occupation for over seven decades.
Www.facebook.com/tweetsofplease follow
khan