Famous poet Dr. Rahat Indouri died in Indore at around 5 pm on Tuesday. With the last breath, he has now become a “landlord”. In fact, in the long period of poetry he once said.

Kayakti made your destiny shine, the pats on this side crossed it.

Two yards is my identity, O death, you made me a landlord.

Being a zamindar in the lion, he meant that the land in which he would be buried, even if it was two yards, would be his property forever. His corona report came positive.dr.Rahat Indori death news He was then admitted to a private hospital. Information about getting infected with Corona was tweeted by Rahat Indouri himself. 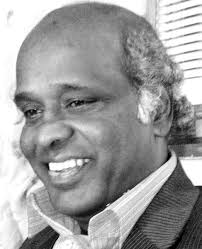 According to preliminary information, he suffered a heart attack in the evening and died. He had corona infection and kidney inflammation in both lungs.

In the morning, he tweeted that my corona test was done when the initial symptoms of Kovid appeared, which has been reported positive. Arvindo is hospitalized, pray that I should defeat this disease as soon as possible. Another request is not to call me or people at home, you will continue to get my well on Twitter and Facebook. After this tweet, Rahat Indori’s fans were writing a message with the wish of his recovery as soon as possible, but the news of his demise came late in the evening.

After the demise of Rahat Indouri, important statement of Aurobindo Hospital has come out. According to news agency ANI, Dr. Vinod Bhandari said that he had a heart attack twice today (Tuesday) and could not be saved. He was admitted to the hospital on Sunday after Corona reported being positive. He had 60 percent pneumonia in his body.

Awaveof mourning raged on social media after the news of Indouri’s demise. Social media users are paying tribute to him by writing his lions and shayari and remembering him.

Dollar and Gold Rate In Pakistan Today, 5th May 2021

China trade with USA and Australia, despite COVID 19